Today after watching the origin of KFC on the History Channel (I know I am a dork), I learned that Colonel Harland Sanders never actually held a military rank. Being bestowed the honorary title of “Kentucky Colonel” is the equivalent of being Knighted in England…. only in Kentucky. Look it up.

There have been hundreds of “Kentucky Colonels” over the last 100 years or so. Notably Dave Thomas, Fred Astair, Clark Gable and the list goes on to include one Colonel Sanders. The kicker for me was that Harland Sanders, founder of KFC, adopted the use of Colonel full-time for no other reason than it “sounded dignified”. You self-important bastard. You’re ridiculous and I love you.

20 minutes later I added “Become a Kentucky Colonel” to my bucket list and tweeted it. 3 hours later, thanks to friends with Photoshop – my dream has hath come true. 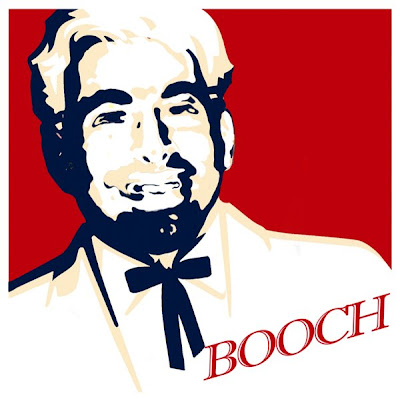 I may not have the official seal (yet), but I now know what I would look like on the side of a bucket of chicken.

Thanks Todd Shafer. I am glad you were bored. You made my day.

For the record my wife thinks this whole thing is “really juvenile and stupid”… which makes me find it even more amusing.